106 ãõ└╠┴÷
Pteruthius erythropterut, Swainson ; Laniut erythropterus, Vigors and Gould : a
young male, agreeing with Gould's plate of the female, except in having a
conspicuous whitish eye-streak, like that of the adult male, while the crown and
back are ...
170 ãõ└╠┴÷
Among the racket-tailed species in the Asiatic Society's Museum, I distinguish the
following : — E. grandis, Gould. P. Z. S., 1836, 5 ; Cometes (olim ChibiaJ Malabo-
roides, Hodgson, Ind. Rev., 1837, 325 ; E. Malabaricus, Shaw's Zoology, VII, ...
172 ãõ└╠┴÷
E. Rangoonensis, Gould, Proc. Zool. Soc. 1836, 5. *' Distinguishable from E.
Malabaricus [subcristatus] , to which it is nearly allied, by- its shorter beak, and by
the total absence from its forehead of the fine curled plumes which decorate that
...
178 ãõ└╠┴÷
Keropia striata, G. Gray ; Garrulus striatus, Vigors, P. Z. S., 1831, 7, and figured in
Gould's Century, pi. XXXVII. I quite agree with Mr. G. Gray with respect to the
propriety of arranging this bird among the Crateropodina; of Swainson, and
would ...
179 ãõ└╠┴÷
four of them, however, appearing to me to be identical with as many of Gould's.
Lastly, in the catalogue of Dr. McClelland's Assam birds (P. Z. S., 1839, 159-60),
two more species arc added, on the authority of Dr. Horafield; and I now add two
...

258 ãõ└╠┴÷ - Chili, when my servant, noticing that one of the horses was very restive, went to see what was the matter, and fancying he could distinguish something, suddenly put his hand on the beast's withers and secured the vampire.
1842│Ô - 2005│Ô▒¯┴÷ 40▒Ã└Ã ├Ñ┐í │¬┼©│▓
256 ãõ└╠┴÷ - What's the matter?" answered he, surlily; " why the vampires have been sucking me to death." As soon as there was light enough, I went to his hammock, and saw it much stained with blood. " There," said he, thrusting his foot out of the hammock, " see how these infernal imps have been drawing my life's blood.
1825│Ô - 2006│Ô▒¯┴÷ 54▒Ã└Ã ├Ñ┐í │¬┼©│▓
└┌╝╝╚¸
256 ãõ└╠┴÷ - I had often wished to have been once sucked by the vampire in order that I might have it in my power to say it had really happened to me. There can be no pain in the operation, for the patient is always asleep when the vampire is sucking him ; and as for the loss of a few ounces of blood, that would be a trifle in the long run, Many a night have I slept with my foot out of the hammock to tempt this winged surgeon...
1825│Ô - 2005│Ô▒¯┴÷ 22▒Ã└Ã ├Ñ┐í │¬┼©│▓
302 ãõ└╠┴÷ - ... the East (Lassa), as the Lamas of Ladakh and Kansun, with whom alone he had previous communion, were confessedly inferior in learning to those of Eastern Tibet." He was generally reticent about the benefits which scholars might derive from his contemplated journey, but ".What would Hodgson, Tournour, and some of the philosophers of Europe not give to be in my place when I get to Lassa ! " was a frequent exclamation of his during his conversations with Dr.
1842│Ô - 2001│Ô▒¯┴÷ 17▒Ã└Ã ├Ñ┐í │¬┼©│▓
253 ãõ└╠┴÷ - ... was of itself sufficient to hint the strong probability of such being the case. During the very short time that elapsed before I entered the outhouse, it did not appear that the depredator had once alighted ; but I am satisfied that it sucked the vital current from its victim as it flew, having probably seized it on the wing, and that it was seeking a quiet nook where it might devour the body at leisure.
1842│Ô - 1895│Ô▒¯┴÷ 10▒Ã└Ã ├Ñ┐í │¬┼©│▓
302 ãõ└╠┴÷ - I sent him some weak soup, and returned to see him on the 7th. He was then much better, got off his pallet, entered into conversation, chatted animatedly with me for an hour on his favourite subjects of thought and inquiry. For the first time since I had seen him, he this day showed how sensitive he was to the applause of the world as a reward to his labours and privations. He went over the whole of his travels in Tibet with fluent rapidity; and in noticing each stage of the results of his studies,...
1842│Ô - 2004│Ô▒¯┴÷ 10▒Ã└Ã ├Ñ┐í │¬┼©│▓
303 ãõ└╠┴÷ - Bisahir, to prosecute his Tibetan studies for three years, in which period he engages to prepare a comprehensive grammar and vocabulary of the language, with an account of the literature and history of the country. These objects are the more desirable, as we understand Mr.
1821│Ô - 2001│Ô▒¯┴÷ 12▒Ã└Ã ├Ñ┐í │¬┼©│▓
373 ãõ└╠┴÷ - ... that we had hardly strength sufficient to make the effort, and it required no inconsiderable one, to clear the deep chasms, which we could scarcely view without shuddering. I never saw such a horrid-looking place ; it seemed the wreck of some towering peak, burst asunder by severe frost.
1824│Ô - 1993│Ô▒¯┴÷ 9▒Ã└Ã ├Ñ┐í │¬┼©│▓
123 ãõ└╠┴÷ - ... temperature) is divided from the Surdsil (or region of cold temperature) only by the steep Pass of Badam-cheshmeh, (ie Almond-spring.) The Pass of Badam-cheshmeh lies S. of the Cabul river, between little Cabul and Barik-ab. Snow falls on the Cabul side of this Pass, but not on the Kuruk-sai and Lamghanat side. The moment you descend this hill Pass, you see quite another world. Its timber is different, its grains are of another sort, its animals of a different species, and the manners and customs...
1826│Ô - 1921│Ô▒¯┴÷ 8▒Ã└Ã ├Ñ┐í │¬┼©│▓
370 ãõ└╠┴÷ - Koonawur, the greater part of them have a flint and steel for striking fire, attached to their apparel by a metal chain. The women, whose dress resembles that of the men, were literally groaning under a load of ornaments, which are mostly of iron or brass, inlaid with silver or tin, and beads round their necks, wrists, and ankles, and affixed to almost every part of their clothes.
1824│Ô - 1993│Ô▒¯┴÷ 10▒Ã└Ã ├Ñ┐í │¬┼©│▓
░úÀ½╚¸ 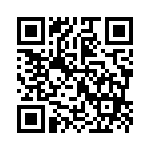