GEORGE W. LIEBMANN is a practicing lawyer in Baltimore and the author of Little Platoons: Sub-Local Governments in Modern History (Praeger, 1995) and numerous articles on constitutional and administrative law. He has been a lecturer at Johns Hopkins University, the University of Maryland Law School, and the University of Salford, and a Simon Industrial and Professional Fellow at the University of Manchester. In 1996, he was a Visiting Fellow at Wolfson College, Cambridge. 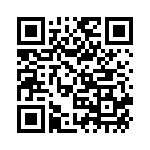