142 Ųõ└╠┴÷
He argued plausibly but speciously that if the whole people could come together ,
they would decide by a majority vote . Therefore Congress , as representative of
all the people , should decide by majority vote . Rush informed Congress that ...
144 Ųõ└╠┴÷
He suggested that Adams offer an amendment providing that any proposition
might be defeated by a majority of the people represented , or by a majority of the
states . The first method would protect the large states , and the second the small
...
230 Ųõ└╠┴÷
At least a majority of these men favored compromise and confederation , and ,
what is more , the majority represented the interests of the landed states , 11 The
report of the committee , submitted in July ,. 8 Rowland , George Mason , 1 : 359 ... 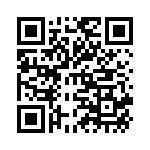