Bruce Cumings is the author of North Korea, Korea's Place in the Sun, and Parallax Visions. He teaches at the University of Chicago. 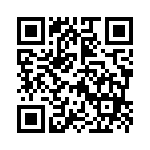