58 ∆‰¿Ã¡ˆ
i. e. in the voice of love alone is included the voice of all the gods. Alluding to that
ancient theogony, that Love was the parent and support of all the gods. Hence,
as Suidas tells us, Palaephatus wrote a poem called, "Appoètn; xz. "Egale. two ...
59 ∆‰¿Ã¡ˆ
The ancient reading is, Make heaven Johnso N. I cannot find any reason for this
emendation, nor do I believe the poet to have been at all acquainted with that
ancient theogony mentioned by the critick. The former reading, with the slight ...
86 ∆‰¿Ã¡ˆ
... ever appeared in print. REMARKs. Mr. Reed refers further to the Remarks for a
specimen. of. the. poetry. and. manner. of. this. rude. and. ancient ancient drama,
as there given from an original manuscript of 86 ANNOTATION S U Po N Ağ W.
12 ∆‰¿Ã¡ˆ
When we use this verb at present we put with before the person for whose
misfortune we profess concern. Anciently it seems to have been employed
without it. So, in 4 Pennyworth of good Counsell, an ancient ballad : - °∞Thus °∞Thus
to the wall ...
56 ∆‰¿Ã¡ˆ
The word is often used by our ancient comick writers in the same sense as by our
author. So, in Mother Bombie, 1594 : °∞There's gleek for you, let me have my gird.°±
Mr. Lambe observes in his notes on the ancient metrical history of the Battle of ... 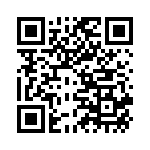