57 Ųõ└╠┴÷
Thomas Burke discovered in 1777 that the reason Georgia always voted with
Connecticut was that the lone Georgia delegate had once been an inhabitant of
the New England state . It is in the light of such exceptions , contradictions , and ...
143 Ųõ└╠┴÷
That had been one of the arguments against the union of Scotland with England ,
he said ; what had happened was that Jonah had swallowed the whale , and the
Scotch now controlled England and made its laws . ' ? Such flimsy reasoning ...
273 Ųõ└╠┴÷
... 3n 171 ADAMS , HERBERT B. , Maryland's In- ADAMS , SAMUEL , Writings ,
46n fluence upon Land Cessions , isin Admiralty Court , 42 ADAMS , JAMES T. ,
Revolutionary Agrarian discontent , ii , 17-18 , 21New England , 79 ; New
England ... 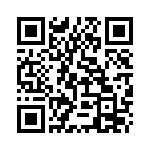