300 Ųõ└╠┴÷
The commission of the first class shall expire at the end of four years ; of the
second class at the end of six years ; and of the third class at the end of eight
years ; so that one - third of the whole number shall be chosen every four , six
and eight ...
327 Ųõ└╠┴÷
The senators and representatives shall be apportioned among the several
senatorial and representative districts as follows , to wit : 1st district - one senator
and four representatives . 2d district - one senator and three representatives .
426 Ųõ└╠┴÷
The concurrence of four Justices present at the argument shall be necessary to
pronounce a judgment in bank ; but if four Justices , so present , do not concur in
a judgment , then all the Justices qualified to sit in the cause shall hear the ...
598 Ųõ└╠┴÷
And the term of the present coroner for Sussex County is hereby extended to the
second Tuesday of November , in the year of our Lord one thousand eight
hundred and thirty - four , and until a successor shall be duly qualified ; and on
the said ...
606 Ųõ└╠┴÷
Number Four . Mill Creek Hundred , together with all that portion of Christiana
Hundred lying south of and bounded by the central line of the Lancaster Turnpike
. Number Five . White Clay Creek Hundred , Red Lion Hundred and New Castle ... 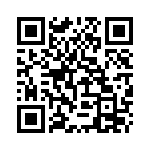