52 Ųõ└╠┴÷ - General Howe's in a manner abandoning General Burgoyne, is so unaccountable a matter, that, till I am fully assured it is so, I cannot help casting my eyes continually behind me.
1795│Ō - 2007│Ō▒Ņ┴÷ 64▒Ū└Ū ├ź┐Ī │¬┼Ė│▓
1 Ųõ└╠┴÷ - Prussia was unknown ; and, in order that he might rob a neighbour whom he had promised to defend, black men fought on the coast of Coromandel, and red men scalped each other by the Great Lakes of North America...
1802│Ō - 2007│Ō▒Ņ┴÷ 276▒Ū└Ū ├ź┐Ī │¬┼Ė│▓
└┌╝╝╚„
1 Ųõ└╠┴÷ - On the head of Frederic is all the blood which was shed in a war which raged during many years and in every quarter of the globe, the blood of the column of Fontenoy, the blood of the mountaineers who were slaughtered at Culloden.
1802│Ō - 2005│Ō▒Ņ┴÷ 106▒Ū└Ū ├ź┐Ī │¬┼Ė│▓
222 Ųõ└╠┴÷ - I, my dear friend, have had the honour of commanding his Majesty's noble fleet on the 12th, I may, without the imputation of much vanity, say the flag of England should now have graced the sterns of upwards of twenty sail of the enemy's ships of the line.
1895│Ō - 2004│Ō▒Ņ┴÷ 16▒Ū└Ū ├ź┐Ī │¬┼Ė│▓
134 Ųõ└╠┴÷ - Sandwich for an hour and a half, bore away. " The superiority of the fire from the Sandwich, and the gallant behaviour of her officers and men, enabled her to sustain so unequal a combat, though, before attacked by them, she had beat three ships out of their line of battle, had entirely broke it, and was to leeward of the wake of the French admiral.
1731│Ō - 2008│Ō▒Ņ┴÷ 20▒Ū└Ū ├ź┐Ī │¬┼Ė│▓
159 Ųõ└╠┴÷ - The whole Face of the Country appears an entire ruin, and the most Beautiful Island in the World has the appearance of a Country laid waste by Fire, and Sword, and appears to the Imagination more Dreadful than it is possible for me to find Words to express.
1830│Ō - 2006│Ō▒Ņ┴÷ 21▒Ū└Ū ├ź┐Ī │¬┼Ė│▓
11 Ųõ└╠┴÷ - We now," he says in his despatch to Mr. Stephens, * thought it an enterprise worthy of an English ship of the line in our King and Country's sacred cause, and an effort due to the gallant defence of {Quebec, to make the attempt of pressing her by force of sail through the thick, broad, and closely connected fields of ice (as formidable as the Gulf of St. Lawrence ever exhibited), to which we saw no bounds.
1863│Ō - 2006│Ō▒Ņ┴÷ 10▒Ū└Ū ├ź┐Ī │¬┼Ė│▓
136 Ųõ└╠┴÷ - ... that glorious opportunity (perhaps never to be recovered) of terminating the naval contest in these seas. 'I cannot conclude without taking notice of my having, in justice to the...
1830│Ō - 2005│Ō▒Ņ┴÷ 10▒Ū└Ū ├ź┐Ī │¬┼Ė│▓
7 Ųõ└╠┴÷ - That the Americans were strong enough to impose the capitulation of Saratoga was due to the invaluable year of delay, secured to them in 1776 by their little navy on Lake Champlain, created by the indomitable energy, and handled with the indomitable courage of the traitor, Benedict Arnold.
1909│Ō - 2007│Ō▒Ņ┴÷ 23▒Ū└Ū ├ź┐Ī │¬┼Ė│▓
223 Ųõ└╠┴÷ - ... best-sailing ships or frigates to have shown lights at times, and by changing their course, have induced the British fleet to have followed them, while the main of their fleet, by hiding their lights, might have hauled their wind, and have been far to windward before daylight, and intercepted the captured ships, and the most crippled ships of the English...
1830│Ō - 1996│Ō▒Ņ┴÷ 9▒Ū└Ū ├ź┐Ī │¬┼Ė│▓
░ŻĘ½╚„

Alfred Thayer Mahan was born on September 27, 1840 at West Point, New York, where his father was a professor of Civil and Military Engineering at the U.S. Military Academy. He graduated from the Naval Academy in 1859 and embarked on a nearly 40-year naval career seeing duty in the South Atlantic and Gulf of Mexico against the Confederacy. He taught briefly at Annapolis, but spent most of his academic career at the newly founded Naval War College in Newport, Rhode Island, where he eventually served as president. He wrote twenty books during his lifetime including The Influence of Sea Power upon History, 1660-1783; The Influence of Sea Power upon the French Revolution and Empire, 1793-1812; The Interest of America in Sea Power, Present and Future; The Life of Nelson; and The Major Operations of the Navies in the War of American Independence. He died on December 1, 1914. 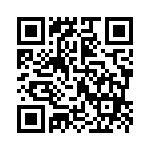