9 ∆‰¿Ã¡ˆ
In Spain, john jay was appointed Minister to the Spanish court in 1779, replacing
Arthur Lee, whose attempts to achieve any measure of recognition for the United
States had failed. Despite Lee's failure, hope persisted in Philadelphia that ...
10 ∆‰¿Ã¡ˆ
Sur ces bases, Jay escomptait sans nul doute obtenir certaines satisfactions
dans sa tâche de persuader l'Espagne d'adhérer aux traités d'alliance et de
commerce signés par la France et les friend of Britain, but Spain had interests to
protect ...
11 ∆‰¿Ã¡ˆ
friend of Britain, but Spain had interests to protect in Florida and along the
Mississippi River. Floridablanca also was concerned that the flames of revolution
might spread, by successful example, from British to Spanish colonies in the
Americas.
20 ∆‰¿Ã¡ˆ
Tall, slender; graceful and well-spoken, jay had the polished air of a courtier. He
was, on the other hand, stubborn and suspicious, and he became thoroughly
frustrated by his experience in Spain. After helping negotiate the Treaty of Paris
of I ...
37 ∆‰¿Ã¡ˆ
jay's secretary'in Spain, William Carmichael, reported on December 20, 1781 to
Secretary of Foreign Affairs Robert Livingston that news of the Yorktown victory °∞
was received apparently with great pleasure by the King and Prince of Asturias, ... 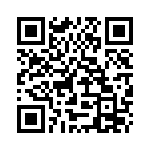