viii ĆäŔĚÁö
One of the most salient changes of this kind that has taken place since the last
edition of this book was issued, is that effected by the alterations in the Kules of
Procedure of the House of Commons which were embodied in the standing
orders ...
xi ĆäŔĚÁö
in which he has endeavoured to describe the special system of provisional
legislation created, in 1899, by the- Private Legislative Procedure (Scotland) Act.
In the chapter dealing with ordinary Provisional Orders granted under other Acts
...
xviii ĆäŔĚÁö
Excluding the standing orders which require the recommendation of the Crown to
motions involving a money charge, and which regulate the presentation of
petitions, the parliamentary procedure of 1844 was essentially the procedure on
...
xix ĆäŔĚÁö
procedure so that the consideration of a bill, from the second reading stage until
its third reading, proceeds automatically, freed, as far as possible, from
opportunities for delay ; and in other ways, of which a summary is given, they
have done ...
xxii ĆäŔĚÁö
Mr. Ferguson-Davie, Principal Clerk of the Public Bill Office, willingly devoted his
sound judgment, trained by long experience in the financial procedure of
Parliament, towards the preparation and completion of Chapter XXII. Mr. Bull, the
Clerk ...
´ŮŔ˝ » 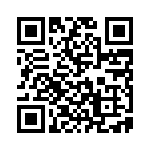