42 ∆‰¿Ã¡ˆ
... BANKS OF THE FEDERAL RESERVE SYSTEM WHEREAS on March 10 ,
1933 , the President of the United States , in pursuance of the program to permit
resumption of banking operations following the Bank Holiday Proclamations No .
161 ∆‰¿Ã¡ˆ
It is organized , trained and equipped primarily for prompt and sustained combat
incident to operations on land . The Army is responsible for the preparation of
land forces necessary for the effective prosecution of war , and , in accordance
with ...
162 ∆‰¿Ã¡ˆ
Operations at sea , including joint operations . b . The control of vital sea areas ,
the protection of vital sea lanes , and the suppression of enemy sea commerce . c
. The support of occupation forces as required . d . The seizure of minor enemy ...
163 ∆‰¿Ã¡ˆ
Air lift and support for airborne operations . f . Air support to land forces and naval
forces , including support of occupation forces . g . Air transport for the armed
forces , except as provided by the Navy in accordance with paragraph 1 f , of ...
200 ∆‰¿Ã¡ˆ
... agency by which he was last employed , that he had been required by the
exigencies of the service to serve continuously in active duty during the final two
months of the agency ' s operations and through the final date of its legal
existence .
¥Ÿ¿Ω » 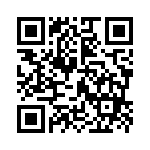