73 Ųõ└╠┴÷
73 The letter was read on October 6 , and the next day a committee was
appointed to write a letter to General Gage . Congress resolved that unless the
actions of the soldiers were stopped , it must " involve all America in the horrors of
a civil ...
200 Ųõ└╠┴÷
Colonel William Russell to Colonel William Fleming , October 7 , 1778 , in the
Draper MSS . , 2U47 , in the Wisconsin Historical Society . Journal , House of
Delegates ( October - December , 1778 ) , 1777–1780 , 126 . Russell to Fleming
in the ...
252 Ųõ└╠┴÷
On October 7 Congress took up seriously the task of completing the
Confederation , spurred on by the belief of many Ī░ that the very Salvation of these
States depend upon it ; and that none of the European powers will publicly
acknowledge ... 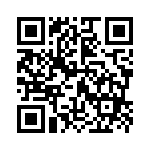