A history of the U. S. Navy's evolving naval plans relative to conducting a Pacific war with Japan. The plans developed after the acquisition of the Philippine Islands, and were based upon the recovery of same when captured by the Japanese. 전체 리뷰 읽기

Prior to World War II, the United States's war plans were code-named by color. Japan was Orange and the United States was Blue. Miller (a retired business executive) spent over 15 years researching ... 전체 리뷰 읽기

Edward S. Miller was born in1930. He attended Syracuse University graduating with honours and attended the Harvard Business School Advanced Management Program and then embarked on a career in corporate finance and served as the chief financial officer of AMAX Inc., a Fortune 500 company. He was appointed by President Ronald Reagan to serve as Vice President for Finance of the United States Synthetic Fuels Corporation, from 1982-1984.

After retiring from the business world in Edward Miller devoted much of his free time to researching, studying, and writing about the United States Navy's war planning process spanning the years beginning at the start if 20th Century through the United States entry in to World War II. 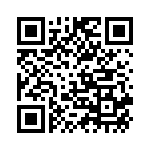