2 ∆‰¿Ã¡ˆ
And the chief priests and scribes sought how they might kill Jesus ; for they
feared the people . Then entered Satan into Judas surnamed Iscariot , being of
the number of the twelve . And he went his way , and communed with the chief
priests ...
5 ∆‰¿Ã¡ˆ
The high priest then asked Jesus of His disciples , and of His doctrine . ... Now
the chief priests , and elders , and all the council sought false witness against
Jesus , to put Him to death ; but found none : yea , though many John xviii .
6 ∆‰¿Ã¡ˆ
And the high priest arose , and said unto Him , answerest Thou nothing ? What is
it which these witness against Thee ? But Jesus held His peace . And the high
priest answered and said unto Him , I adjure Thee by the Living God , that Thou ...
7 ∆‰¿Ã¡ˆ
Then said Pilate to the chief priests and to the people , I find no fault in This Man .
And they were the more fierce , saying , He stirreth up the people , teaching
throughout all Jewry , beginning from Galilee to this place . When Pilate heard of
...
8 ∆‰¿Ã¡ˆ
And Pilate , when he had called together the chief priests and the rulers and the
people , said unto them , ye have brought This Man unto me , as one that
perverteth the people : and , behold , I , having examined Him before you , have
found ... 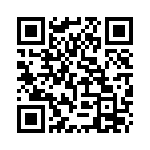