6 페이지
That “ all the organic beings , extinct and recent , which have ever lived on this
earth , ” are the modified descendants , by natural generation , of one common
ancestor , and in this common descent , “ all have been connected by the finest ...
8 페이지
... and plants , from an equal or less number . — Therefore I should infer , from
analogy , that probably all the organic beings which have ever lived on the earth
have descended from some one primordial form , into which life was first
breathed .
10 페이지
If it were no advantage ( to an earth worm to be highly organized ) these forms
would be left by natural selection unimproved , or but little improved ; and might
remain for indefinite ages in their little advanced condition . ” — p . 119 . “ If ,
under ...
15 페이지
Geology teaches , with great distinctness , the successive changes which have
modified the surface of the earth — from that state in which no trace of
organization can be discovered , up to its present condition , teeminy with varied
forms of life ...
16 페이지
It also reveals the fact that each race , as it came into existence , was admirably
adapted to the physical condition of the earth at the time of its appearance , to the
place it was designed to fill , and the functions it was called upon to discharge .
다음 » 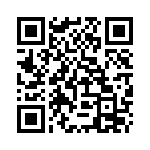