Barbara Goward teaches Greek and Latin at the City Literary Institute, London. She is the author of Telling Tragedy: Narrative Technique in Aeschylus, Sophocies and Euripides, published by Duckworth, and of the new Introduction to Trachiniae in the Bristol Classical Press reissue of R.C. Jebb's Sophocies: Plays (2004). 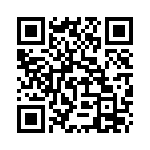