The shortest answer is: John Milton was a poetic genius. PL is so beautiful, you can't help but feel for Adam and Eve. Even Satan is a great character - he so wants to be an epic hero. This poem is a masterpiece, and he wrote it completely blind. Beautiful, absolutely amazing. └³├╝ Ė«║õ └ą▒Ō

Historical significance and beautifully descriptive prose aside, I couldn't get into this book at all. Maybe it's too much familiarity with the plot or the inevitability of the impending doom of the ... └³├╝ Ė«║õ └ą▒Ō 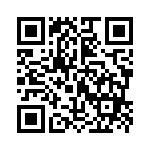