62 ∆‰¿Ã¡ˆ
His opinion is the same with mine , that they are better than any which are printed
before the book : so thinks also Mr . Wycherly . I have them by me ; but do not
send them , till I heare from my Lord Clifford , whether my Lady will put her name
to ...
63 ∆‰¿Ã¡ˆ
You cannot take too great care of the printing this edition exactly after my
amendments ; for a fault of that nature will disoblige me eternally . I am glad to
heare from all hands , that my Ode ? is esteem ' d the best of all my poetry , by all
the town ...
225 ∆‰¿Ã¡ˆ
DEFENCE OF THE EPILOGUE TO THE SECOND PART OF THE CONQUEST OF
GRANADA : FIRST PRINTED IN QUARTO , in 1672 . ST PRINTED U VOL . I . TO
THE SECOND PART OF THE CONQUEST OF GRANADA . Defence of the ...
260 ∆‰¿Ã¡ˆ
as I hinted in the apprenticeship of his writing , modelled it into that play which is
now called by the name of TroilUS AND CRESSIDA ; ? but so lamely is it left to us
, that it is not divided into acts : which fault I ascribe to the actors who printed it ...
342 ∆‰¿Ã¡ˆ
I take this opportunity of correcting an errour into which I have fallen , respecting
the date of the play to which this Dedication was prefixed , which I supposed to
have been first printed in 1671 , ( see pp . 183 and 384 ) ; but the first edition was
...

Born August 9, 1631 into a wealthy Puritan family, John Dryden received an excellent education at Westminster School and Cambridge University. After a brief period in government, he turned his attention almost entirely to writing. Dryden was one of the first English writers to make his living strictly by writing, but this meant he had to cater to popular taste. His long career was astonishingly varied, and he turned his exceptional talents to almost all literary forms. Dryden dominated the entire Restoration period as a poet, playwright, and all-round man of letters. He was the third poet laureate of England. In his old age Dryden was virtually a literary "dictator" in England, with an immense influence on eighteenth-century poetry. His verse form and his brilliant satires became models for other poets, but they could rarely equal his standard. Dryden was also a master of "occasional" poetry - verse written for a specific person or special occasion. Like most poets of his time, Dryden saw poetry as a way of expressing ideas rather than emotions, which makes his poetry seem cool and impersonal to some modern readers. Dryden also wrote numerous plays that helped him make him one of the leading figures in the Restoration theatre. Today, however he is admired more for his influence on other writers than for his own works. He died on April 30, 1700 in London. 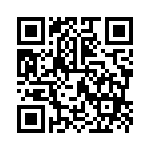