141 ∆‰¿Ã¡ˆ
A waiver of protest , whether in the case of a foreign bill of exchange or other
negotiable instrument , is deemed to be a waiver not only of a formal protest , but
also of a presentment and notice of dishonor . " See Atkinson v . Skidmore , 152
Ky .
146 ∆‰¿Ã¡ˆ
the case may be ; but protest is not required , except in the case of foreign bills of
exchange . " Under the law merchant protest was absolutely necessary to hold
the drawer or indorser of a foreign bill of exchange or of a promissory note placed
...
149 ∆‰¿Ã¡ˆ
State , the same shall be received as evidence in all the courts of this
Commonwealth , in all actions of such bills of ... Under Section 118 of this Act and
the authorities above cited it is clear that protest is still necessary on a foreign bill
of ...
150 ∆‰¿Ã¡ˆ
Before that time certain banks had been granted charters which placed notes
discounted by them on the footing of foreign bills . Whether any charter placed
such notes on the footing of inland bills , we do not know . But it was possible that
...
151 ∆‰¿Ã¡ˆ
In neither of these cases is it disclosed in the opinion whether the bills were
inland or foreign . ... Next , does Section 184 of this Act , which makes notes
payable to order or bearer negotiable , place them upon the footing of a bill of
exchange ?
¥Ÿ¿Ω » 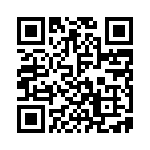