7 ∆‰¿Ã¡ˆ
Prepared for the Use of the Committee on Financial Services, U.S. House of
Representatives United States. ACT OF SEPTEMBER 28 , 1962 AN ACT To
place authority over the trust powers of national banks in the Comptroller of the
Currency .
8 ∆‰¿Ã¡ˆ
... it any securities which it may have deposited with the State authorities for the
protection of private or court trusts , or for ... under court , private , or other
appointments previously accepted under authority of this section , may , in his
discretion ...
9 ∆‰¿Ã¡ˆ
( k ) ( 1 ) In addition to the authority conferred by other law , if , in the opinion of
the Comptroller of the Currency , a national banking association is unlawfully or
unsoundly exercising , or has unlawfully or unsoundly exercised , or has failed for
a ...
14 ∆‰¿Ã¡ˆ
( 12 U . S . C . 1952 ] Authority of Secretary with respect to reports on ownership
and control Where the Secretary determines that the making of appropriate
reports by uninsured banks or uninsured institutions of any type with respect to
their ...
24 ∆‰¿Ã¡ˆ
ALTERNATIVE MORTGAGE AUTHORITY . SEC . 804 . ( 12 U . S . C . 3803 ] ( a )
In order to prevent discrimination against State - chartered depository institutions
, and other nonfederally chartered housing creditors , with respect to making ...
¥Ÿ¿Ω » 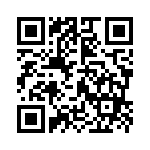