Thomas Szasz is professor of psychiatry emeritus at the State University of New York Upstate Medical University in Syracuse, New York and adjunct scholar at the Cato Institute. His A Lexicon of Lunacy, Liberation by Oppression, Words to the Wise, and Faith in Freedom, are available from Transaction. 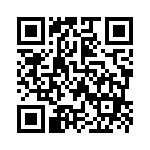