3380 ∆‰¿Ã¡ˆ
Dated 9th June, 1854. Commissions signed by the Lord Lieutenant of the County
of Somerset. West Somerset Regiment of Yeomanry Cavalry. William Speke the
younger, Esq., to be Captain, vice Browne, resigned. Dated 25th September.
3381 ∆‰¿Ã¡ˆ
THE services of the Volunteer Cavalry being no longer required, the Right
Honorable the Governor-General is pleased to direct that the infantry soldiers
now attached to it shall rejoin their respective regiments, and that the corps shall
be finally ...
3384 ∆‰¿Ã¡ˆ
I sent orders to Colonel Byng to make arrangements to attack, and drive the
enemy out of Sirsaie, and the same evening sent him a reinforcement of another
troop of the Bengal Yeomanry Cavalry, 20 Royal Marine Light Infantry, and 50
men of ...
3386 ∆‰¿Ã¡ˆ
On the night of the 16th instant, I was reinforced by 2 officers and 70 men of the
Naval Brigade, under Captain Sotheby, R N., and a troop of the Bengal
Yeomanry Cavalry, and on the morning of the 17th instant I had planned an
attack on the ...
3387 ∆‰¿Ã¡ˆ
under Captain Chapman, and a squadron of the 6th Madras Light Cavalry, the
whole under the command of Captain Mulcaster, 6th Madras Light Cavalry, with
orders to go across country by a circuitous route of sixteen miles, and cross the ...
¥Ÿ¿Ω » 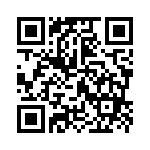